The 4th Annual "Quench Our Thirst" Water Weekend was a wonderful success! We had over 100 visitors come out with cases of water totaling almost 1,500 bottles! These bottles will be a great help in supplying a cold beverage to summer tour goers here at IEAS.

Thanks to everyone who came out to visit the animals and brought cases of water. We genuinely appreciate all of your support!

P.S. At IEAS, we make recycling a top priority. Each bottle disposed of at the Sanctuary will be recycled, and we hope you do the same!

Posted by International Exotic Animal Sanctuary at 11:30 AM 0 comments

We know many of you, like us, fell instantly in love with our three youngest residents - Chewy, Saber, and Odin - so, we wanted to give you an all encompassing update of their recent growth and progress!


Chewy is a bundle of fur and energy! She's grown considerably, weighing an estimated 140 pounds at the present compared to her initial 30 pounds. Her confidence and independence have been growing by the day. She proudly struts around her habitat, playing with her favorite toy - a blue plastic donut with a red ball that spins around the inside. She will throw the toy all over, spin it around on her legs, sit in the middle of it, or pounce on it in her pool. It's very entertaining to watch this happy girl enjoy playtime with this particular toy! When it comes time for a nap, Chewy prefers her highest perch. She climbs up her ramps and tucks herself in, allowing us only a tiny glimpse of fur sticking up over the edge of her perch. She is definitely content and comfy up there!  Chewy has been benefiting immensely from the Sanctuary's Emotional Enrichment Program, finding security and trust in her caretakers and using them to grow into a confident, self-assured young brown bear. One thing that definitely hasn't changed - Chewy's favorite food is still grapes!

Speaking of growing, have you seen Saber lately? We can't believe how big this boy is! Saber is slowly transitioning from playful cub to mature tiger, and each day with him is a new adventure. At almost 11 months old, Saber still loves to spend his days playing, but one of his favorite activities has become spending quality time with his two legged friends. His warm chuffs are never in short supply, as this affectionate boy enjoys little more than spreading the love. This endearing trait always leaves us smiling after a visit. Aside from spending time with his friends, Saber's new favorite pastime is splashing around in his pool. We just filled it for the first time a few weeks ago, and to say that Saber had fun would be the understatement of the century. Saber was splashing, twirling, pouncing, and playing in the water for hours. He is still in his pool every day, always soaking wet! The Emotional Enrichment Program has already helped Saber grow leaps and bounds since his arrival, and we continue to see the positive effects it is having on him each and every day!


Last but not least - Odin! Odin has matured so much over the past few months, both in appearance and personality. His mane is really starting to come in now, and we are spotting little bits of black fur around his neck and front legs indicating that he really is growing up! He is filling out and getting more adventurous with his new found strength. He recently found that he was, in fact, fully capable of jumping up onto his highest perch, much to the chagrin of the tree he was then able to reach. He's been tearing at the branches and fighting the tree ever since! We're still waiting on Odin's first lion call, but we're sure it won't be long. Every time Shauna, Gedi, and Nala start calling, his ears perk up to attention. Soon enough, he will be chiming in! In the meantime, he's lounging around just learning how to be a lion. He loves the time he spends with his caretakers as part of the Emotional Enrichment Program, as it really nurtures his social instincts. It's amazing to see how much confidence this boy has gained!

Posted by International Exotic Animal Sanctuary at 8:47 AM 0 comments

It's that time of year! We're seeing bears popping up and popping out of their winter dens, nooks, and nests! Most of the IEAS bears were relatively active this winter, wandering from cave to cave, grabbing a bite to eat on the way, but a few of our Ursidae* residents took a more instinctual approach to the cold weather.  Greta and Bertha for example both dug their own dens for the first time EVER this winter. 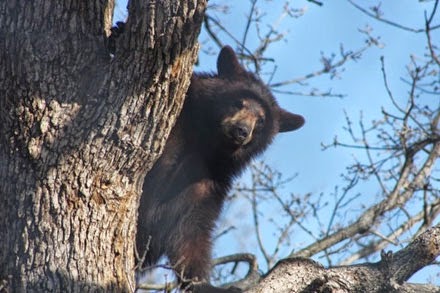 At 4 years old, Greta did us proud. She spent several months tucked into her very own, paw-made den within her five-acre Bear Orphanage habitat. It held up wonderfully throughout the winter, proving her abilities! Just a few days ago, Greta made her first appearance, climbing up the tree directly outside of her den. She napped there for a day or so, then took to finding the boys, Scooter and Scamp. They were happy to greet Greta, but more eager to check out her now vacant den! They ran right over to investigate and liked it so much that they took a nap there while Greta went back to her favorite summer tree! 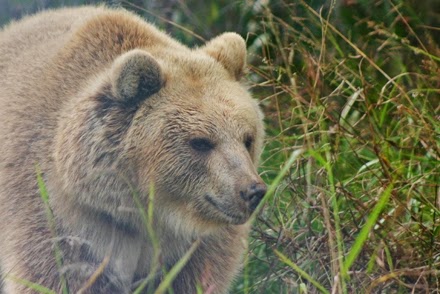 We were quite surprised to see that Bertha had dug her own den for her first winter at IEAS. This brown bear lived the first three years of her life in the concrete "bear pits" of North Carolina. Her paws at never touched the grass or the dirt, let alone been afforded the opportunity to dig. Even still, Bertha's instincts were strong and she dug an impressive den where she spent the colder months! She has been popping in and out for the past few weeks, grabbing a bite to eat and exploring her habitat with Aggie, but retiring back to her favorite spot when nap time came around!

We're so happy to see all of the Sanctuary's bear faces saying "hello" to us after the long winter. Bear Orphanage is bustling once again!

***BONUS: Check out this video of Aggie & Bertha's progress with a sneak peak into Bertha's den!

*Mammal family that all bears belong to.

Warmer Weather On It's Way!

Warmer weather is officially on it's way. Actually... it's here! We've already had a few days in the 90s here in Texas, but we were more than ready for it. With the rain that we've been experiencing here and there, we are preparing for all of the weed eating and mowing on the horizon! 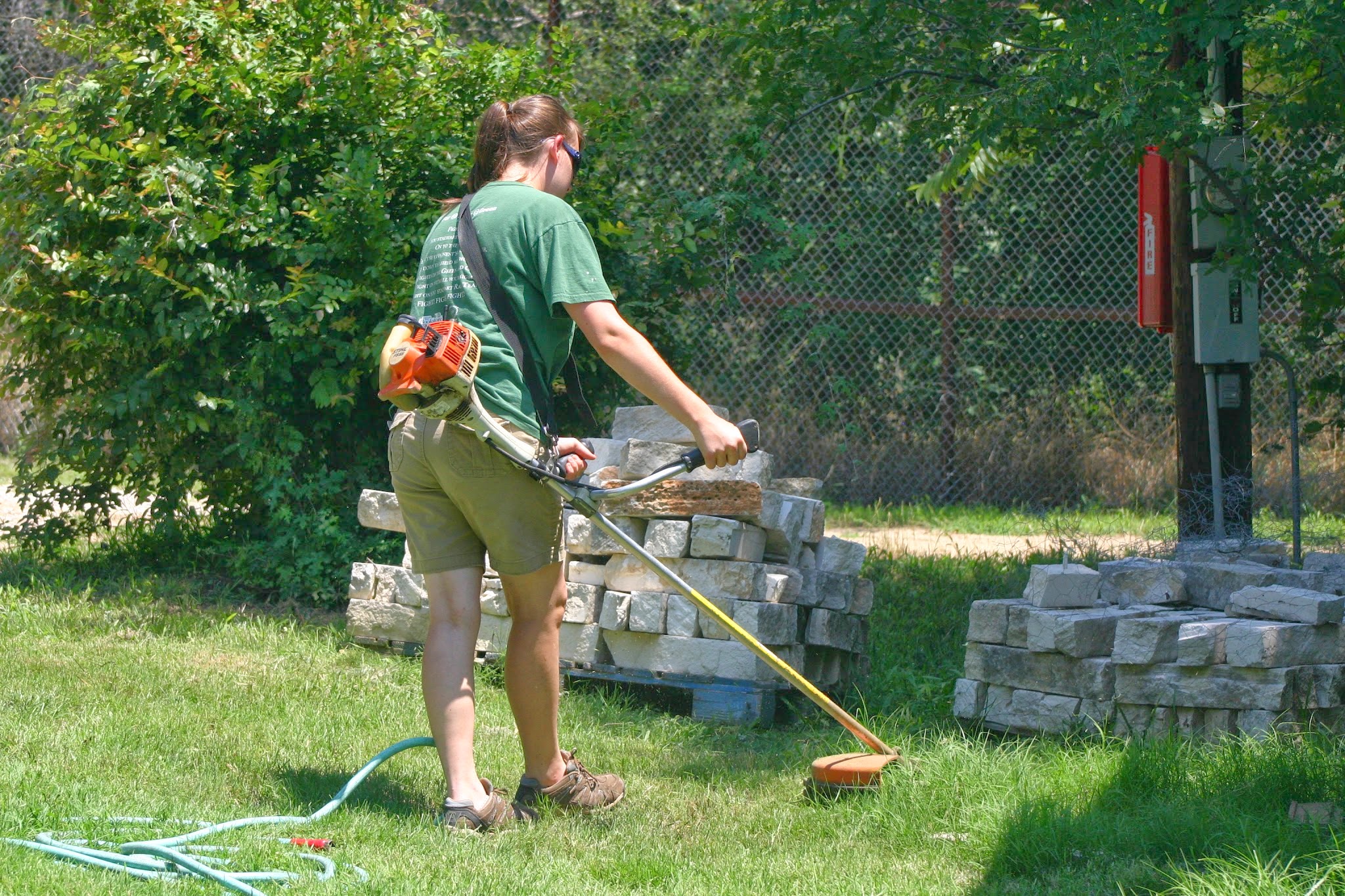 We just went through our stock of equipment for maintaining the Sanctuary grounds, and it doesn't look great right now. Most of our equipment is used, aged, and has been through years of service. In fact, we have several weed eaters and mowers that are barely functional or completely out of commission. We're hoping that this year will be our chance to upgrade our fleet a bit!

If you or anyone you know has a weed eater or mower (we REALLY need a riding lawn mower!) that you've replaced with a newer model but is still in good condition, we'd love to take it off your hands! If you have any questions about what we are looking for, please feel free to give us a call at 940-433-5091 or e-mail us at education@bigcat.org, but remember - we're not picky! We can even arrange to PICK UP the equipment if you live in the area! 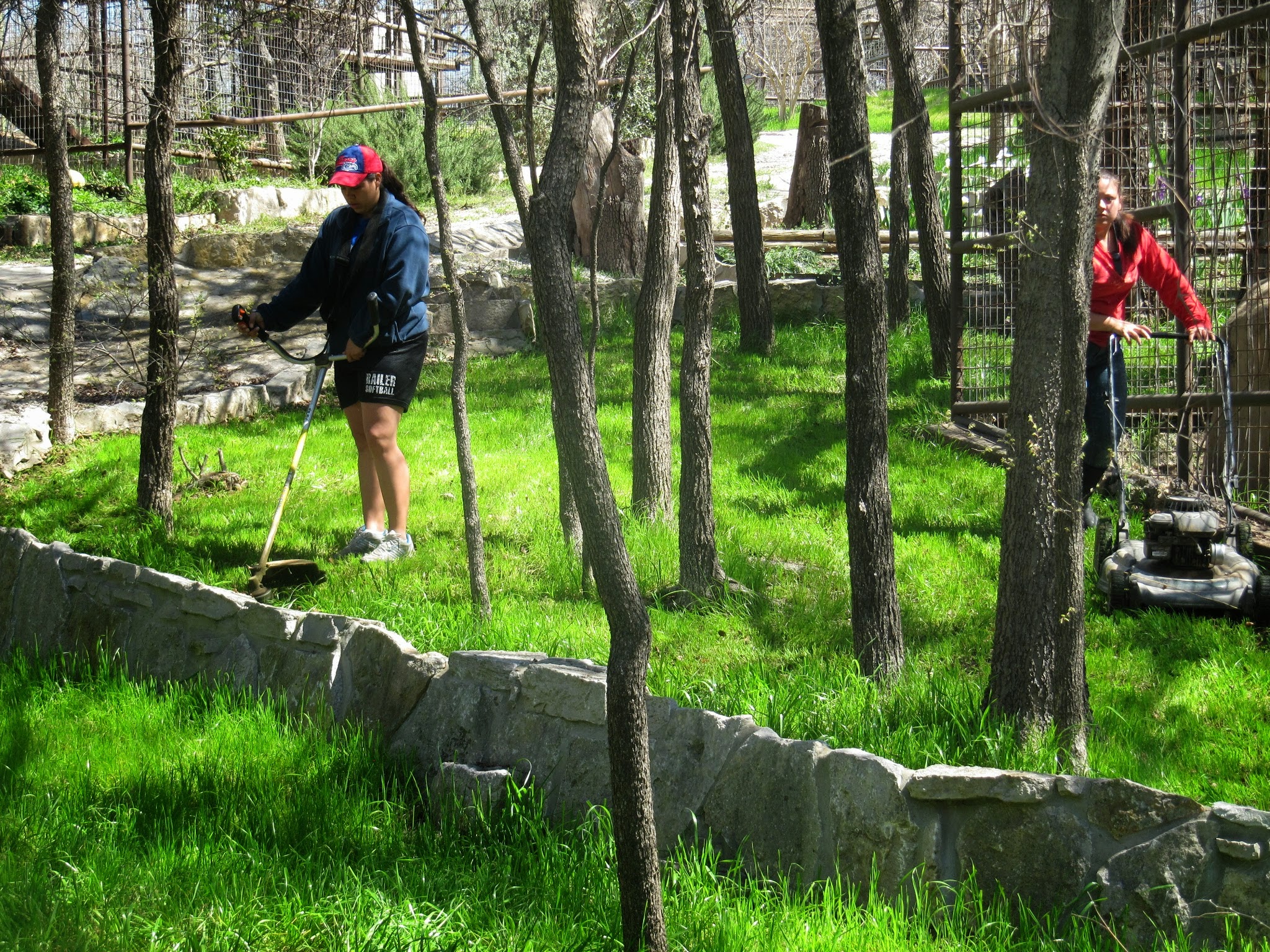 Thanks for thinking of IEAS and the animals! We hope that you'll all be out to visit the grounds and, of course, your furry friends at the Sanctuary!
Posted by International Exotic Animal Sanctuary at 8:55 AM 0 comments